Today many animals like rats, pigs and buffalos are being used for the scientific experiments before applying them on the human being. Students are assigned with essay assignments on this topic and they have to express their ideologies on the subject. Here is an essay sample in animal experimentation which is given by Students Assignment Help as assistance to the students for writing their essay work. With the support of this sample essay students can understand about the issue clearly at the same time help could be taken for the structure and essay introduction writing as well. 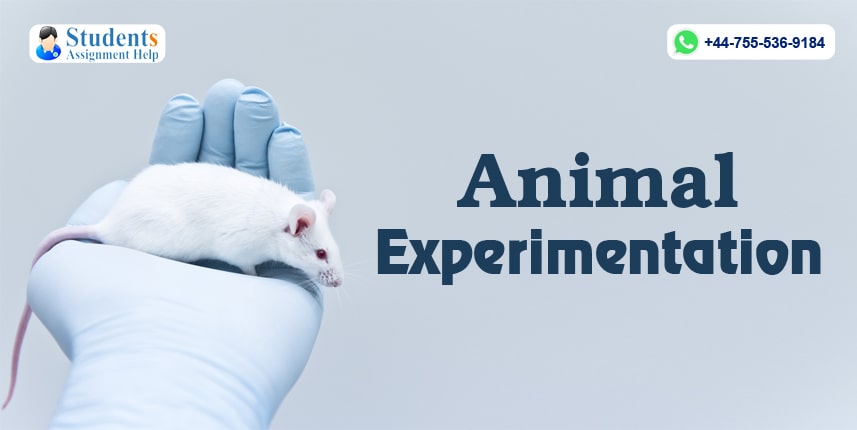 Experimentation on animals must be stopped to save their lives as many animals’ dies due to the wrong chemicals that are injected in their body during the experiment.

If we move around our head in the surrounding we will come to know the importance of animals in our life. But still we are using them like objects for the experimentations of the various medicines and their effects on these animals before trying them on the human being. This is creating a serious threat to these animals life and they are in a great danger. Here in this essay main focus will be on the problem of animal experimentation and how to check this problem which is increasing day by day. Also a note on the government initiatives in this field will be given in the essay to provide complete information to the readers regarding this topic.

Get a complete idea about how to check the problem of animal experimentation and what are the main issues that are limiting the government to take stern action against this injustice with the animals.

What is wrong with the Animal Experimentation process?

Every animal or human on this earth has the right of nature in which we cannot snatch their life from them. But in modern time in order to experiment various researches in pharmaceutical companies it is becoming very normal to torture the animals through chemical experiments. Most of these animals fail to sustain with the chemicals and thus eventually dies. But now we need to take some stern actions to control this in a large scale as many animals which are innocent are losing their lives at a very huge scale.

How to keep a Control on the Experimentation on Animals?

The control on the experimentation on Animals could be done when there are solid government rules that do not allow any such activity to take place. International wild life conventions should interfere with this matter now as this is the high time to secure the animal rights which are supporting so much life activities of us. There are local companies who are involved in this process of doing experiments on the newborn animals as well and eventually these animals die off. So this heinous crime with the body of animals should be stopped to bring out the effective samples of the medicines. Both animals and humans have equal right of living on this earth. If not given by the law then they are vested with this right from the nature as well.

Is there any Government Initiative to stop the Animal Experimentation?

Over the period of time now the government has been awaken from the slumbers and certain actions that save the lives of animals from such experiments are being taken in present time. Wild life action act is a live example of saving the life of animals and their protection rights as well. But still this is an international law and hardly followed by the local bodies which are still involved in the pursuit of slaying animals for their so called experiments of the medicines. But the biggest challenge that government have from taking an action against these experiments is the lack of alternative for doing experiments for the medicines. As if no prior experiment will be done it can become the cause of side effects on human being.

You might be looking for: Affordable Experminental Essay Writing Services

The above essay brings a conclusion that although we are involved in the process of doing animal experimentation but we are forced to do so. This is because there is no alternative to substitute these experiments on someone else. It can put the human race in danger and that is why the government is not taking hard and fast action on it. But at the same time this must be noticed that animals are not a public property that could be used for such reasons.