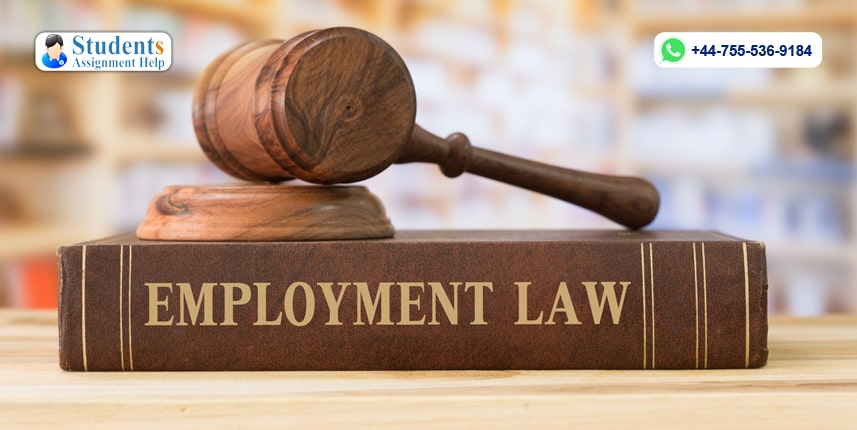 The report is to be submitted to the line manager in order to advise him on the subject of the employment relationship and its impact on organizational activities. In the report legal advice has been proposed in relation to termination of employment and discrimination related issues. At the end of the report some crucial comments have been made related to the health and safety aspects of employees and the impact of the human rights on the employment relationship.

Sources of Employment Law and Examples

Employment law of the UK can be considered a wider aspect, which can be considered originating from differentiated sources. In the UK, basically there are three major sources of employment law, namely the common law, statute, and European law (Kidner, 2014). The European law can be directed to be in the form of both European Directives and decisions of the European Court of Justice. The discussion and examples of these sources of employment law can be presented as below: Common Law

The prime source of employment law in the UK is common law. It is because almost all the employees within the UK, sign contracts with their respective employers before getting into the employment contract. For the purpose of providing a legal basis for this contract, as well as, the relationship between employee and employer on the basis of this contract, the role of common law becomes quite vital (Kidner, 2014). Under the span of common law, the law of tort is liable for addressing issues such as liabilities of employers and responsibilities of employees in the UK.

European law can also be considered as one of the major sources of employment law within the country. This law comes under the actions in the conditions when the domestic laws of the UK are not able to address the issues of the case conditions fall under the territory of the EC treaties. In the case in which, one party belongs to the European Union; the decision of the case directly comes under the territory of European courts.

As per the conditions of the case, it is the legal and contractual right of the plumber to get an adequate amount of remedy or compensations for his injury.

Employment institutions where the trial can be held for the individual:

Court of Appeal and the Supreme Court

Further appeals can be registered at the Court of Appeal and the Supreme Court. However for this purpose, there is a need of having permission of EAT.

‘Contract of Service’ and ‘Contract for Service’

After being a member of the European Union in 1973, Britain has to make some significant changes in its overall legal status. In regard to this, there are several crucial acts and legal obligations that have been added within the legal infrastructure.

For example, The Working Time Regulations 1998, The Equality Act 2010, The Agency Workers Regulations 2010, The Part-Time Employees (Prevention of Less Favourable Treatment) Regulations 2000, Equal Pay – rights under The Equality Act 2010, Health and Safety Act, TUPE (Transfer of Undertakings (Protection of Employment) regulations 2006, and Collective Redundancy Consultation in the Trade Union and Labour Relations Act 1992 have been introduced after the inclusion of Britain in the European Union (Foster, 2014).

Compare and Contrast the Reasons and Methods of Terminating Employment Contract

A contract between employee and employer can be terminated due to several crucial reasons. In different situations, the reasons and methods of the termination of the employment contract can differ from the other one.

In this case, Amina has applied for bus driver; however, her employment was canceled Rockman Bus Company on the ground that she is a women and bus driving is the core job of men. In this regard, although Amina pursue all the necessary qualifications and abilities to be a good bus driver, yet she was refused only on the basis of her womanhood and orthodox mentality of the company. Amina can challenge this refusal on the grounds of the provisions mentioned under the sex discrimination act 1975.

The act completely prohibits any gender reassignment and discrimination in employment opportunities on the basis of the gender of the applicant. The Sex discrimination act 1975 provides the opportunity Amina to make claims against the company in employment tribunals (sergeant, 2013). Amina can register the case within three month of the incidents. In this case the tribunal can ask the company to provide written explanation regarding the case and the company’s stand over this issue. After having successful uphold of the claim, Amina can have award of compensation from the side of the company for ‘Injury of feeling’ faced by Amina.

In this way, it can be reflected that law on discrimination can directly affect the human resource management regimes followed within the business organizations. The legal provisions available in the country are directed to make the practices of the companies non discriminated and effective.

The employment law of the UK is having quite specific and effective directives on gender and other types of discrimination within an organization. The legal orientation of the country regarding the discriminatory behavior of business organizations is also quite enhancing and incrementing up to a significant level. This phenomenon can be directly linked up with the human resource practices of business organizations in existing time period. The law related to discrimination has become quite strict which has guided the organizations to realigned practices related to recruitment and selection, employee performance evaluation and appraisal, employee retention policies and grievance handling measures adopted by the organization (Estreicher, 2010.).

Evaluation of the Health and Safety Practices in Tesco

In the health and safety policy, the company has key practices including keeping the workplace clean and tidy in order to avoid any kind of infection and accidents. It has a key focus on equipment safety and specific instructions are provided for their use. It is evident in the question that Andrew met with an accident while working as a butcher for David due to the mishandling of the machine. The employees are not allowed to interfere in the electrical equipment and only trained and expert mechanical people are allowed to have authorized used of these equipments (Dransfield, 2005). Any kind of acts that can cause injury are prohibited at the workplace of Tesco. The company provides proper learning to do jobs with safety by the employees.

The company has also developed a well organized and efficient reporting system as per which all the employees can report for any kind of safety-related issues to the immediate managers on an instant basis. The company also keeps the records of all the accidents and injuries held during the work process in order to investigate their reasons and update them in the Accident Report Book (Dransfield, 2005). All these facts and their evaluation related to the health and safety policy of the company depicts that it has a good concern with the health aspects of its employees and follow good practices to protect them from any kind of life-threatening issue.

The Human Rights Act also secures the privacy rights of the employees and secures their membership in the trade union. This discussion reflects that human rights provision that are defined under the Human Rights Act have good impact on the employment contractual relationship and the same practices are evident in the real world organisations of the present date where the employers are abide with this act while making contractual relationship with the employees. This law is equally applied on all the UK based organizations.

In relation to Pride & Company’s case related to disclosure of personal information of an employee David to other parties, the data protection principles and their application specifies that employers have to keep abidance with the Data Protection Act 1998 and thus need to have compliance with the certain principles to process the personal data of employees (Kibling and Lewis, 2000). With the application of this law, the employer has a prohibition to disclose the personal information of any employee without taking his consent. This is legal obligation under the contract of employment that was violated by Pride & Co Company that was a kind of legal issue in the eye of the UK employment law.

The principles of the Data Protection requires that an employer must ensure that personal data hold by the company should be accurate, secured and processed for certain specific purpose. In context to right of data subject there are three conditions only in that the employer has right to disclose the information to other parties including the employer or the person who is involved within the conduct, the legal adviser of the individual for taking legal advice on an issue and the listed public bodies in the Order 1999 of the Public Interest Disclosure and same is applied in the case of Pride & Co company, but there was not of the person from this category to whom the data of David was disclosed.