Women should get equality in the society to that of men to set an idea structure where both the genders are working equally without any biases. But still there are many people who do not want to admit this fact gender equality is of utmost importance in the present time.

Today every country is in a competition to the other to be on the top-notch for its strong economy and for this reason both the sex that is male and female is giving their parallel contribution in the development and proper use of human as well as economic resources. We can give the example of women who are doing their research in the space and also those who are involved in defence of the nation which shows that women are in no way different and less than men.

The bias mentality that pushes them towards the marginal section of the society is a patriarchal society in most of the nations of the world. It is very hard to have a society which is based on female dominance and that is why women have to come up for their rights through the various movements. Some of them can be cites here like feminism and women empowerment that are trying the bridge the gulf of inequality among men and women. But until or unless the people of the society are not aware of the fact that women are also crucial for the betterment of society we cannot reduce the high sex ratio and poor rights of the women.

There are solid influential women who are even surpassing the capabilities of men on many grounds which are taken as exceptional cases by the men. But the truth is that these women try to prove to them that they are not less than men in any way and understand the importance of their own power. Those who are tortured and tormented from their childhood and their minds are drilled with the fact that they are less powerful than men do not revolt against this mentality. As time passes without any heavy work and regular use of power it becomes hard to compete with men who are doing heavy work for a long time and thus it justify the hegemony of men over women.

Something must be done to override this biasness and prejudice that is happening with women from a longer period of time. This is because if we will not focus on such a serious issue then that day is not too far when our world will shrink to a less powerful world where a human being can be suppressed by the animals as well. Both the gender should have that equality which brings them closer to a situation of harmony and liberty. Everyone has the right to live and it is the duty of society and social animals to keep these rights safe for each other.

Giving importance to only one gender of the society is nowhere going to be helpful for the economy and stability for longer period of time. There will come a time when women will stop following this set pattern of the society and we can see the glimpses of this wave from the multiple movements against the violence against women which are feminism and women empowerment along with many others. Some intellectual people of the society should give a new start to the society where everyone feels safe and equal and works hard with his own will and not forced by the circumstances.

In order to make the graduates professional and skilful in every Type of Essay professor assign different essay coursework to their students. If you have been assigned with the persuading essay for your assignment then it is crucial for you to understand some basic points about it. For instance, there must be an idea about how to write persuading essay introduction or outline etc. The scenario can also be handled by reading a superior quality persuading essay example written by the professional essayist.

The sample of an essay which is given here can be significant in such case for the students. You can also approach the professional and diligent writers for Cheap Essay Writing Services for graduate coursework. Not only persuading essay writing help is given by the eminent essay helpers but at the same time, you can also ask them to write, cause and effect essay or for that matter an argumentative essay as well. 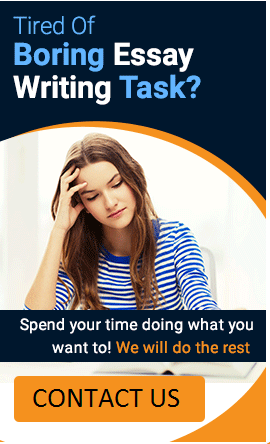