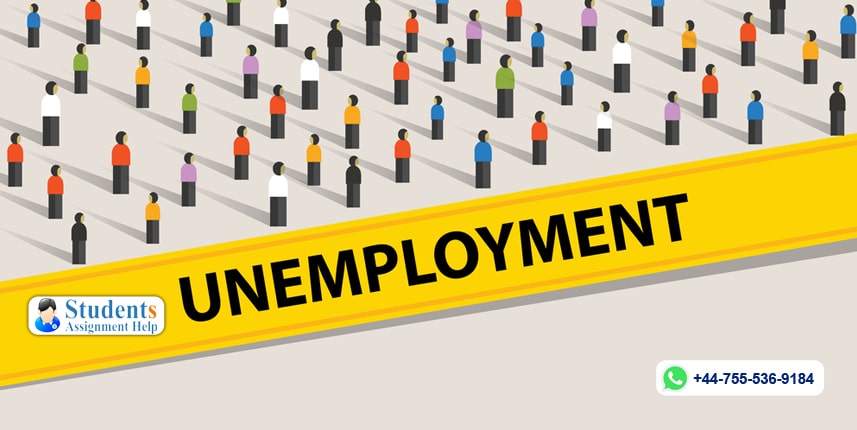 Unemployment gives rise to anarchy, terrorism and threat to the internal security of a nation.

Today the most fundamental problem that is engulfing the society is the issue of unemployment. People are not able to manage two squares of meals per day. This issue cannot be ignored by us at any point as it is eating the structure of our society like a termite thus making it hollow from the inside. There are many problems which arise due to unemployment like terrorism in the society which is dangerous for the humankind. The issue could be addressed at the most be getting solutions on the problem of unemployment in society, which acts as the causing effect of terrorism and other problems.

Cause of Unemployment in the World

The major cause of unemployment in the society is the improper management of the resources and giving unequal status to the people of society. Here are some major causes of the unemployment given below.

The economic resources are unequally distributed among the people in a society of the nation at large. As a consequence of which some section get mighty wealth as compared to others.

Another biggest cause that lies behind the cause of unemployment in the society is the excessive deflation in the country. When people have to sell their products below to the manufacturing cost they find no profit in the business. There comes a time when this business is closed by the businessmen due to lack of profit in the work. Many people losses their employment due to this reason.

Loan and other Financial Help are given to the businessmen easily as compared to the common masses. As a result of which there is not development of the poor people as they cannot invest money for any innovative purpose by owing a loan from the bank. This corruption is the cause of unemployment in poor section of the society.

Inferences of the Unemployment in a society of Nation

Here are the main results of the unemployment in a given nation of particular society. Students becomes the enemy of others lives in these states.

How to deter the Problem of Unemployment at Global Scale

The issue of unemployment is not a small problem that could be easily uprooted by the society. Its roots had gone very deep into the society and it is very difficult to eradicate them. It could be done by making certain efforts by the every person of the world. Here are some points that could be considered by the people to eradicate the unemployment problem from a society or world at large.

The economic resources must be equally distributed among the people, so that this issue of unemployment and accumulation of the wealth could be solved. Though it is a difficult thing to do but still if we make some plans for it, success could be achieved in it.

Corruption is the major issue which cause a huge part of the unemployment problems. This could be reduced by the efficient bureaucrats of the nation.

The education should be skilled oriented so that people can work easily to save their livelihood. The education system should also encourage students to create new jobs and employment generation.

The above discussions and arguments about the unemployment draw a conclusion that though the issue is very big but it could be solved by making efforts. Certain plans and strategies are needed to achieve the dream of eradicating unemployment issue from the society. Intelligentsia of the society needs to pay a big attention towards this field of unemployment. Thus we can save our world from the ill practices like terrorism and riots.

By this sample essay students will be able to write many such assignments easily given to them by the teachers. In case you find any issue regarding writing such assignments, help is given by the Students Assignment Help to write essay assignments of every type. Expert Assignments Writers are writing these assignments work to the students.