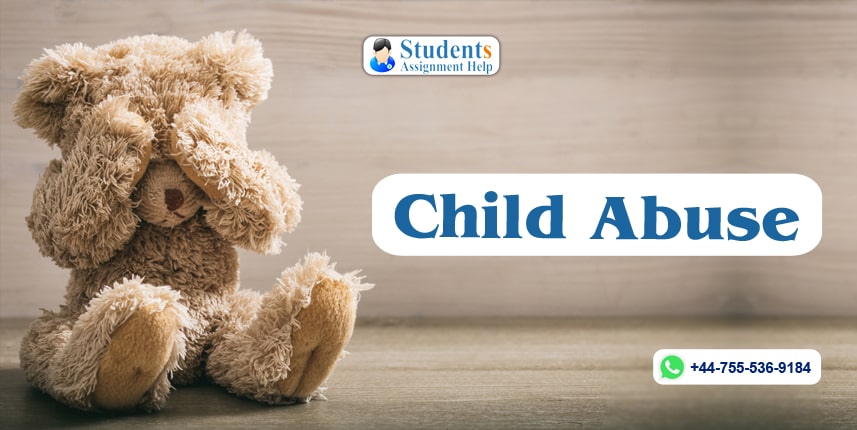 Child abuse is an umbrella term which covers so many aspects under it. It is not just limited up to torturing or dismantling a child on physical basis but mental and sexual harassment is also a part of it. Sometimes in many cases parents are found to be guilty on such major problems in society. The goal of different type of child abuse also differs with every situation. For instance parents abusing his child by forcing him to work in minor age are backed by the financial crisis of the family. Similarly, mental torture could be given to a child for performing below the par in his studies. All these pressures restrict the proper growth of children which leads to many crises in the society.

Every kind of child abuse is harmful for the better cognitive development which can create multiple social issues.

Child abuse is rising with increasing poverty and competition among people. In order to become the survivor of this cut-throat competition, it becomes the necessity of people to push their minor child into the workforce. Here are some important points that will highlight the issue of child abuse in a deeper sense.

Who is Responsible for Child Abuse?

We cannot blame a single person behind the problem of child abuse. As discussed above child abuse could be described in multiple dimensions. A person who abuses a child sexually cannot be justified on any grounds but pushing children to work in their minor age can be justified with poverty. Here are some forces that are responsible for child abuse.

These were the main reasons behind child abuse that must be uprooted from the society. We cannot imagine a society which is ideal and do not involve in child abuse at any point without mitigating the issue of poverty in it.

How to Deter with the Issue of Child Abuse

Child abuse is a problem that needs to be addressed very carefully. This is the high time when professionals and intelligentsia of society should take some major steps to reduce and eradicate this problem. Here are some suggestions that could be used for handling the problem of child abuse by people.

We should work together in union to fight against the problem of child abuse. Children are the main pillar of any nation for economic and social growth. If they will be harassed and given major traumas in the very childhood, it can disturb the society with their growth. Intelligentsia of a society should discuss some relevant points to deter with this serious problem effectively. Only then a bright and stable future of a country or nation could be presumed by the citizens.

The best part of taking the help from Students Assignment Help for your essays is the time of delivery. Delayed assignments are never going to arrive at your door from us, as we are very particular about the deadlines. So make sure that you are choosing the best Assignment Helpers in your essay assignments on child abuse essay writing.