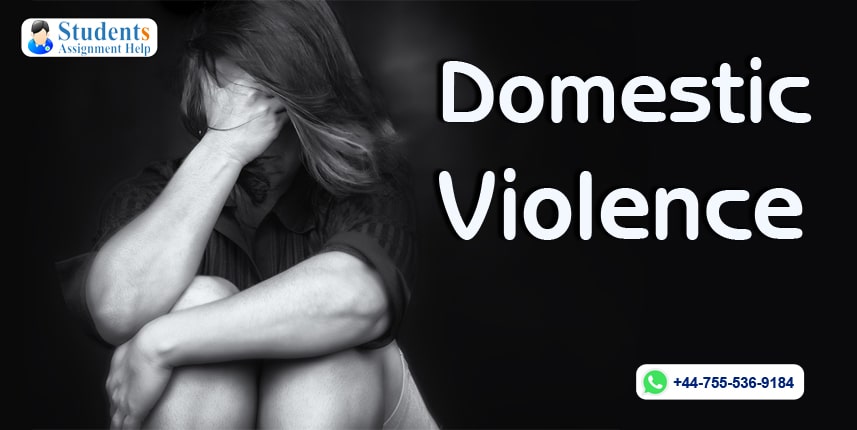 Domestic violence has become one of the biggest issues from past couple of decades. More and more crimes against women in the family structure are coming in light. A woman is tortured in the family in multiple aspects. Sometimes this torture is related with the mental torture, others time it could be considered as physical financial torture is also there. A man or his family suppose woman as the commodity in different forms. For instance a girl does not have the freedom to choose her life partner in some primitive societies.

Similarly, she cannot take her decision without her husband permission. This violence against women proceeds to even a level where she loses the right to decide when to reproduce. Apart from it sexual orientation of the women is also suppressed in the society especially in developing countries. If a woman is interested to marry within the same sex, she becomes anti-social.

Domestic Violence snatches the freedom and right of living a cheerful life from Women.

Here we are going to discuss the major issues that are associated with domestic violence with women. This will help you to understand the depth of problem that women are facing across the globe.

Have a look: Sample Essay on Teen Depression

How to Get Rid of the Issue Domestic Violence

Domestic violence is a major problem and must be eradicated from the societies of this world. There must be some strategies to vanish this issue from the world. Here are some techniques are written below that can help to establish equality among men and women in society. But it is very important to include these techniques or suggestions in society before expecting results from them.

Women should get equal right to that of men. Both the sex and gender must be looked upon by the society with equal status. No matter whether a woman is earning or not, she has the equal right for freedom as men. This right could be provided to the women by helping them to override the issue of domestic violence.